When you talk about buzz words, “Blockchain Technology” is as buzzy as it can get right now. So lets talk about what exactly is blockchain!

In its purest definition, Blockchain is decentralized distributed database, which maintains an ever growing list of transactions within a given environment (in this case the environment is bitcoin). So let’s break down what that means piece by piece because even while writing that out my head was spinning!

bitcoin follows a decentralized model. This means there is no one entity, whether it be a bank or government which controls the transactions within the bitcoin environment. This is similar to the internet. Think about it, is there one government or country which owns and controls the internet? It exists based on the users who use them and this is the same logic behind bitcoin and blockchain. So if you look at the image below, specifically the decentralized on the right, you will see there is no one central node. These nodes are interconnected and interdependent. 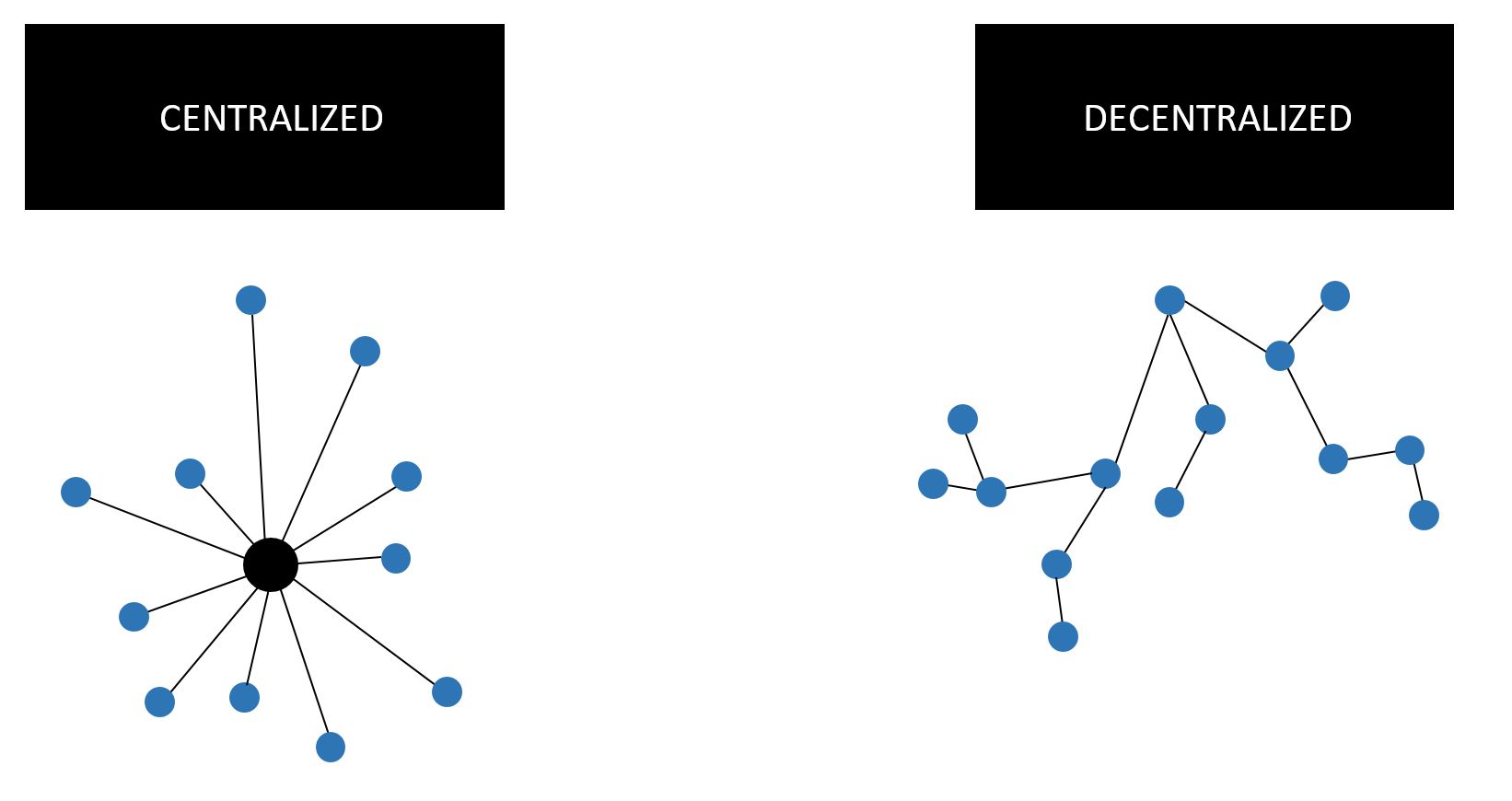 Now lets talk about what a Blockchain is and what it “looks” like. The image below portrays what a blockchain looks like. On the left you have blocks that have been accepted within the chain and Block X is the current block. So what the heck are these blocks and what do they represent!?

What a great question young grasshopper! Lets take a look at the image below. As displayed, Block X is the current block. Each block gathers all the transactions that take place within the bitcoin system at ten minute increments. So lets say its 9 pm and the last block was just accepted within the blockchain. Our current block (block x) will wait till 9:10 pm and gather all the transactions taking place. If you look at the image below, you will also see that this block contains a Secret Code….gasp!

Now the obvious question is why does the block need to have a secret code? Well if you look at the image below you will see that there are hundreds, thousands and maybe even millions (one day) of miners within the bitcoin system. Each of these miners are looking to validate the block so it can be added to the blockchain. So how is the system supposed to decide which miner gets to validate the block? Why would these miners even want to spend effort in validating the blocks, what do they get from it? Let’s see the answer to these questions below!

Once the block is validated it is then added to the existing blockchain and the entire process starts again with the next block! And there you have it. You have basically understood the blockchain process.